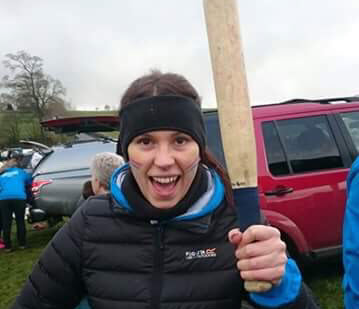 Picture, if you can, a dank day at the beginning of January.  The festive season consigned to boxes in the attic, the holiday period well and truly over and months of work ahead with the summer holidays a far too distant promise somewhere on the distant horizon. Malhamdale is shrouded in mist as befits the mood. Spring has not begun and winter is at it’s worse – no lovely crisp frosty day but a bone chilling missle, fields muddy and brown and cars constantly requiring headlights to combat the never ending, unforgiving, gloom.

The tourists, for a brief period, have elected to stay at home or are possibly braving the January sales. The hardy few who do decide to venture into the Dale will be met, on this particularly uninspiring Sunday at the beginning of January, with a rather unusual sight.  Descending into the village, with the cove a magnificent backdrop even on the dullest of dull days, the unsuspecting tourist may just cast their eyes to a field on the right and see the Dales’ finest sports men and women engaged in serious combat. 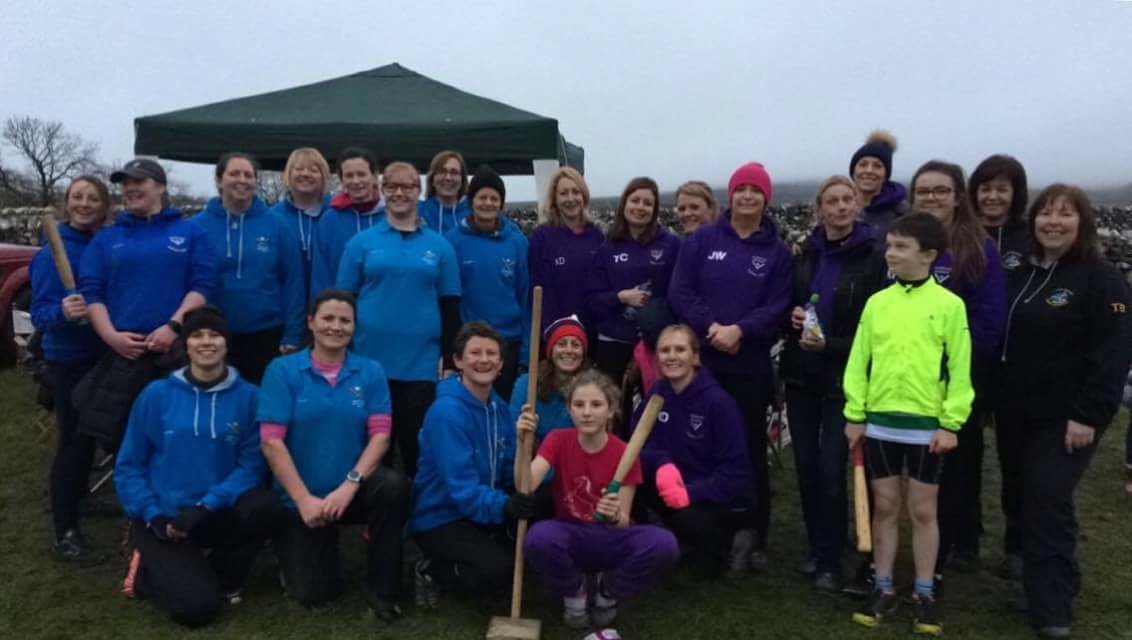 On one side of the field there is a group of men bedecked in an assortment of cricket ‘whites’. Some, it has to be said, are clad in their farming attire, others in excuses for sports wear – ancient tracksuit bottoms combined with rather grey sleeveless cricket jumpers in acknowledgment of the day’s event.  On very close inspection, probably intimate scrutiny, it may be just about possible to pick out a wicket, hastily mown out of the lack lustre winter grass amongst the sheep droppings and rabbit holes. On the other side of the filed a group of brightly coloured women crowd amongst a hastily erected, slightly wonky gazebo, setting out various beverages from tea to prosecco whilst discussing the ensuing rounders match.  A village stalwart has used his mower, not only on the cricket wicket but also to mark out a shape vaguely akin to that of a rounder where four posts, rescued at the last minute from someone’s coal shed, stand in anticipation of the ensuing sporting extravaganza. 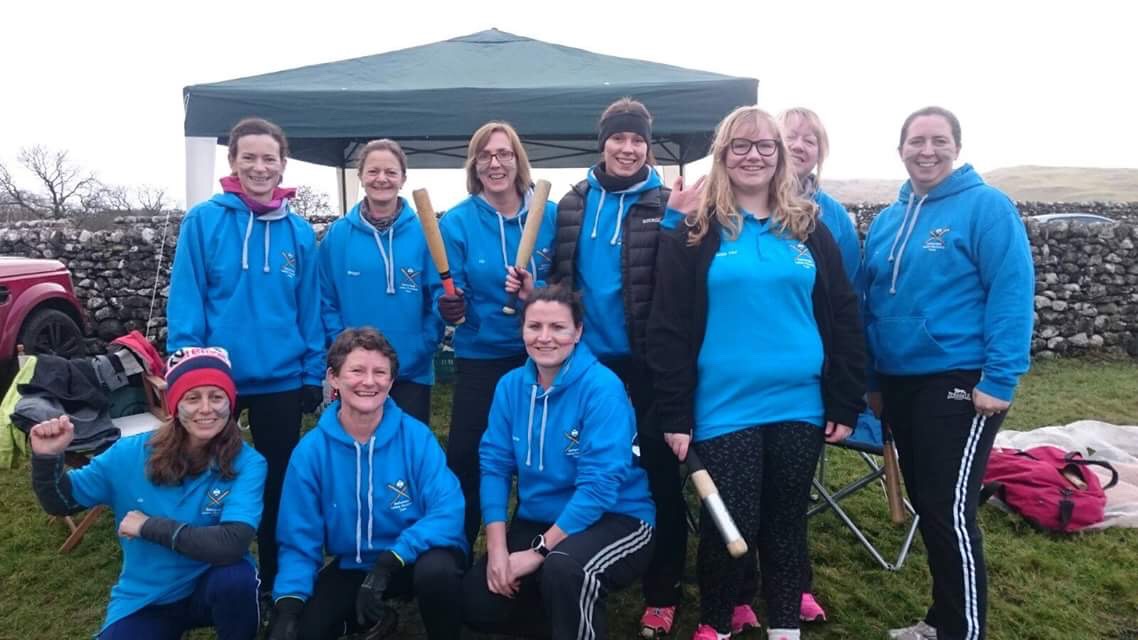 Welcome to the ‘Winter Tour’. An annual event, which takes place alternately in Malham or Appletreewick (in Wharfedale) and is a welcome reprieve from the gloom that threatens to descend on all but the most optimistic and positive of folk at this time of year. Traditionally, the event has only involved cricket teams and the male sporting contingency of the Dale.  However, this year the women decided that they too should be allowed a little of this January frivolity and set to organising a rounders counterpart to combat the song of leather on willow. Sadly, Appletreewick ladies had other priorities on this particular Sunday, but not to be thwarted, Malham managed to persuade a combination of ladies from teams across the Dale to join together as the local ‘Lions’ team.  Prior to ‘kick off’ one of the local hostelries provided an ideal meeting place for a few pre-match warm up drinks which may have been partly responsible for the tendency for the majority of the cricket team to spend at least some of their time fielding sliding elegantly across the field in the misguided belief that they could take a glorious catch to bring their team to victory.  The ladies, despite promises of a ‘friendly’ match were soon head-locked into a thrilling game where no prisoners were taken – not even the 9-year-old ‘runner’, there to sprint round once the slightly less mobile team member had attempted to launch the ball into the next parish.

The crowd was considerable, players and spectators numbering almost 100 – a somewhat higher number than the combined runs and rounders scored. They huddled round the roaring flames billowing out of a dustbin (the smoke occasionally drifting over the rounders pitch causing several visibility issues)  enjoying the sporting prowess of a rather motley crew of Dalesmen and women who were very quickly emitting a strong aroma of sheep as the respective sports balls inevitably landed in one of the many piles of poo scattered across each of the pitches. 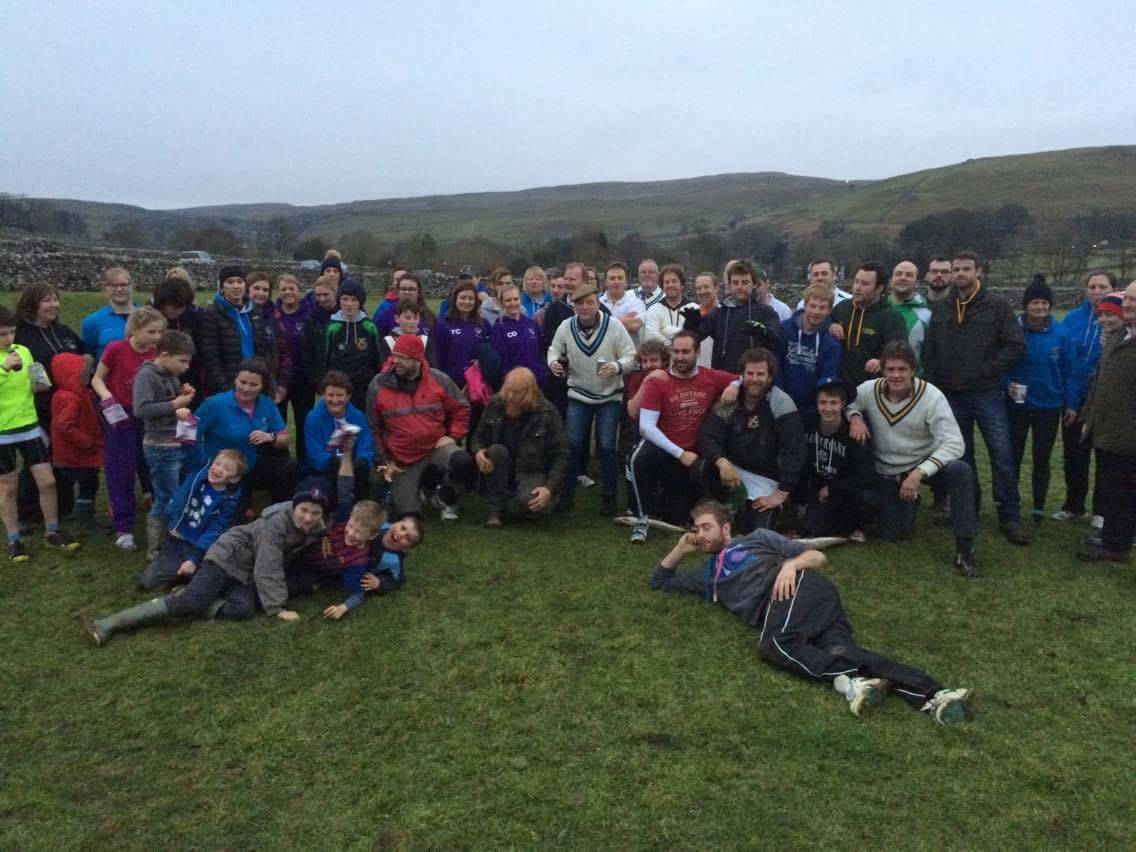 The fading light stopped play just in time with a draw for the ladies and a narrow win for the Malhamdale men. Photos were snapped for the archives – ‘tits and teeth girls’ – the order given by the ladies captain to make sure we were all looking our best for our inaugural inclusion in the prestigious ‘Winter Tour’.  The games then adjourned to the pub where a fierce darts and doms competition ensured that the sporting theme continued throughout the evening.

All in all a successful event and one that most certainly added a much needed spark to the beginning of the year. What better way to combat the winter blues than a brief, but most entertaining ,‘Winter tour”?